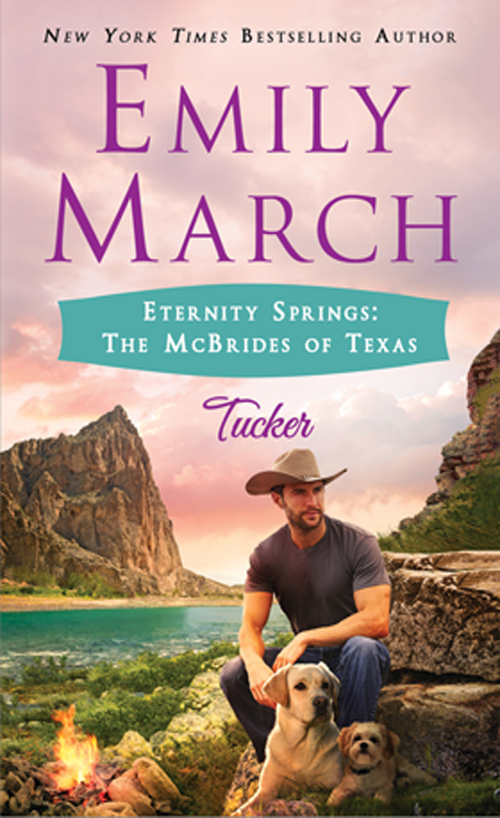 From New York Times bestselling author Emily March comes the next novel in the critically acclaimed Eternity Springs series and the second in a trilogy about the McBrides of Texas.

Meet Gillian Thacker. Her business: Bliss Bridal Salon. Her passion: Weddings. Her own wedding: It’s complicated. Life isn’t turning out like she’d planned. The last thing she wants is for a real-life hero to ride to her rescue but when an unexpected event puts her entire future in Redemption, Texas, at risk. So what’s a broken-hearted bridal expert to do? Maybe a new set of survival skills is exactly what she needs…

Tucker McBride has been proud to call himself a U.S. Army Ranger. But now that his daysof service are over, he’s decided to put his expertise to use by founding a wilderness skills training school. He sets up shop in Redemption, next to Bliss Bridal, and so begins life: Part Two. Marriage has been pretty low on his agenda, but as soon as he meets Gillian, Tucker can’t help but contemplate the ultimate challenge: Convincing the reluctant bride to take his hand and leap into the adventure of a lifetime. . .until death do they part.

Fresh starts bring new love in the charming standalone sequel to March’s Jackson. Veteran Tucker McBride is fed up with his job in D.C. politics, and heads to Redemption, Tex., to visit family and figure out his next steps. The close-knit small town is the perfect setting for Tucker to rediscover that the outdoors is where he’s happiest, and he opens a wilderness survival school across the street from Gillian Thacker’s bridal shop. Gillian loves her job and dreams of becoming a wedding planner to boot, but her relationship with her own fiancé is on the rocks. After her fiancé breaks things off, Gillian is determined to refocus on her career goals, but the more time Gillian spends with Tucker, the more she realizes she may just now be learning what real love feels like. For his part, Tucker is sure they’re meant to be together and sweeps her off to Vegas in his attempt to prove it. Though several of the grand romantic gestures are awkwardly rushed, the couple’s chemistry is believable and their emotional push-and-pull makes for engrossing reading. Both returning and first-time readers will devour this sweet page-turner. (Mar.)