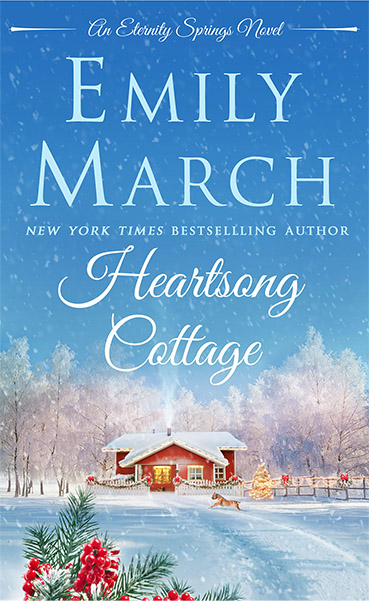 Daniel Garrett is no stranger to heartache or tragedy. Haunted by the loss of his wife and son, he left the police force to devote his life to finding missing children. But he still hasn’t found a way to mend the wounds of his past—until he attends a wedding in the small town of Eternity Springs…and meets a beautiful woman who opens his heart to the healing power of love.

Shannon O'Toole isn't looking for romance. Ever since her fiance's death, she's thrown herself into her work renovating houses. But she can't deny her attraction to the sexy stranger she meets at a wedding. Daniel makes her feel things she hasn't felt in years—and one night in his arms has her yearning for more. But can Shannon trust a detective with her darkest secret? Is Daniel ready to take a second chance at love? In Eternity Springs, anything—and everything—is possible...

"March excels at creating tortured characters in need of redemption and renewal, and this book, the tenth in the Eternity Springs series, is no exception. It has plenty to offer, from light suspense to romance, close friendships in a small town setting, dogs, and angels. Recommend to fans of Robyn Carr’s Virgin River series and Susan Mallery’s Fool’s Gold series."
~ Booklist, a starred review